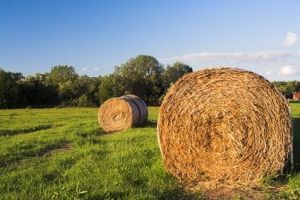 Vaughn was born on April 24, 1936 in Cherry Valley, to Loretta (Whiteman) and Vaughn S. Crewell, Sr.

Instilled with a strong work ethic early on, he eventually owned and operated Crewell Dairy Farms on Sunnyside Road, working tirelessly on his land.  Generous with his time and talents, Vaughn was a member of the Lions Club, hosted Farm Days at River Implement in Middleburgh and donated hay and the use of his trucks during many hard times in the community.

Vaughn enjoyed bowling at Middleburgh Lanes, but his true passion was farming and sharing that love with his son Mike and his grandson Mickey, watching the next generations of his family carry on his passion.

Vaughn was predeceased in 2014 by his wife Phyllis Ann Crewell, whom he married in 1969 and by his siblings: Samuel Crewell, John Crewell and Douglass Crewell.

All are invited to celebrate and honor Vaughn’s life at the family homestead, 133 Sunnyside Road, from 5-7PM on Wednesday, September 11, 2019.  His family also extends special thank yous to Eva Sinclair, Bonnie Fisher & Catskill Area Hospice for all the extra time and care.

Coltrain Funeral Home, LLC of Middleburgh is honored to be caring for Vaughn and his family.