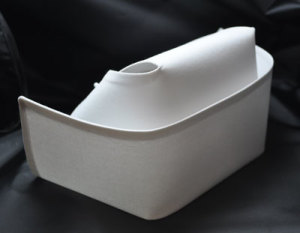 Born on December 20, 1947 in Syracuse, Liz was raised by her mother, Martha Webb and remained in the Syracuse area while growing up.

A chance encounter at McDonald’s in Syracuse one night brought out her feisty side, yelling at a young man and threatening to run him over if he didn’t get out of her way.  Impressed with her “zest,” he stayed in her way and they knew it was meant to be after five months, marrying on May 28, 1965.  She went straight to work as a medical secretary, then a clerk at the former Grand Union in Middleburgh and earned her nursing degree, filling her days with the duties of a License Practical Nurse and Home Health Aide for many years.

Liz also shared her time and talents, caring for many as a member of the Middleburgh Emergency Volunteer Ambulance Corps and giving back to her community through the Middleburgh Cooperative Club. Liz also helped coordinate the Jan Cooper and Ricky Coons Memorial Bike Runs for many years.  Liz rarely missed a service with her family at Huntersland United Methodist church and even on her worst days, she clung to the strength and hope of her faith.  Liz also never missed a trip to visit her sister in South Carolina or a cup of coffee with friends at the Middleburgh Diner, catching up on news and sharing her light, laughter and love with others.

Liz accomplished all of this and still found time to devote to her home, sewing, canning and taking care of her family, all her top priority.

Liz will be held forever in the hearts of her beloved agitator and soulmate: Michael R. MacMillan, Sr. and her sons: James MacMillan (Barbara Scott), Dennis (Dianne) MacMillan and Michael R. MacMillan, Jr., all of Middleburgh; her grandchildren: Brandon, Jamie, Timothy, Jonathon, Kaitlyn, Anika; her 5 great-grandchildren and her sister Debra.  Liz will also be held in the hearts of countless extended family members and friends.